So, let’s see….we had just survived a wild ride to the Dead Sea and we were headed to the Baptism site of Jesus. 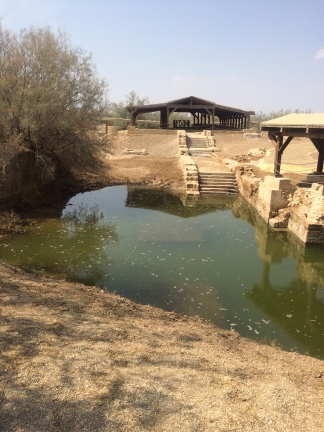 The Jordan River was so wide at one time, that it met this natural spring. However, now there are about 80 yards between the spring and the river. This is known to be the place where Jesus was baptized due to tradition. It was revered as a holy site from early on and there are the ruins of three churches at the spring dating back to sometime in the 400s. This is also the area from which Elijah was taken in his firey chariot. 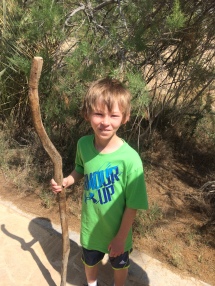 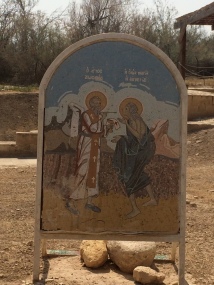 We really enjoyed seeing an icon of Mary of Egypt, a saint from the 300s who, like so many of the dessert fathers and mothers, fled to beyond the Jordan for solitude and spiritual growth after her conversion. Her story can be found here. 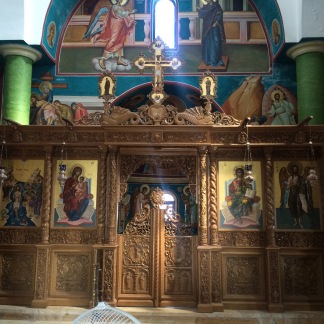 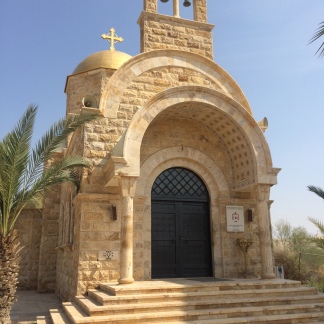 After you leave the spring, you wind down a path to a Greek Orthodox church just before reaching the Jordan River. The church is dedicated to the Forerunner and it is incredibly gorgeous. My five-year-old was giving me kind of a hard time that day, so I didn’t get great pictures. You’ll just have to take my word for it or google it yourself. 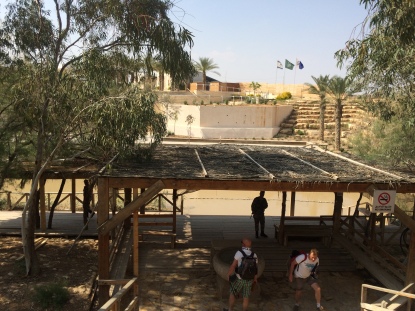 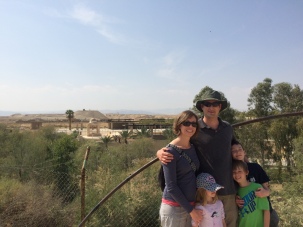 Once down at the Jordan, you get to see the contrast between the Israel and Jordan sides. We felt that Jordan was really very dirty, while Israel tended to be cleaner and a little more modern. The river itself was just a bit of a creek, but we’re used to that since we are from New Mexico. The “mighty Rio Grande” is just a mere slip of a waterway. The Jordan River was similar – small and very muddy. 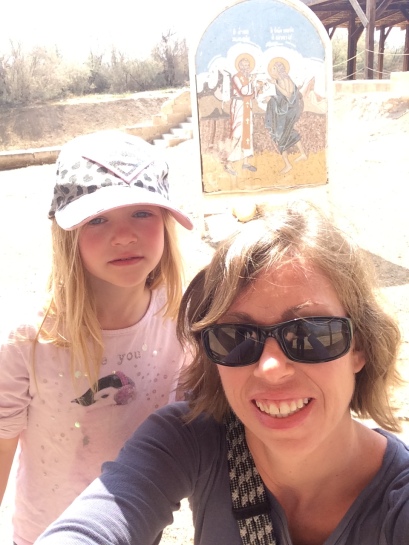 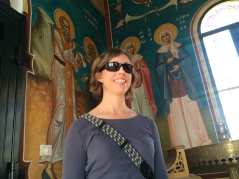 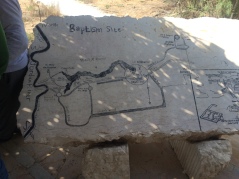 After another quick peek into the church and poking around in the gift shop, we were back on the road. This time, we were headed to Petra. 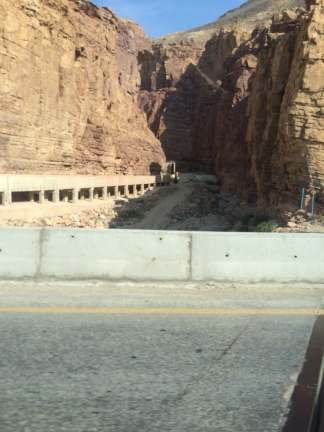 Our drive took us right down the coast of the Dead Sea where the Jordan Valley was green on one side and arid on the other. 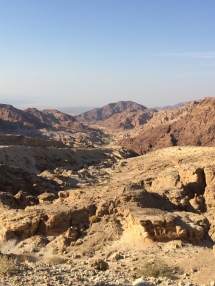 Then we began our ascent up the Moab Mountain range, which offered us some breath-taking views. Since mountain people like us gotta climb, we had to pull over to run up and down rocks and pose for silly pictures. 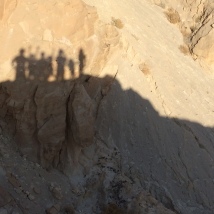 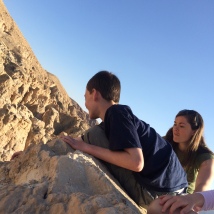 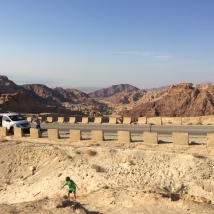 As we reached the top of the mountain range, we began to notice the most interesting thing about the trees.

We think we get pretty bad wind in New Mexico. But the wind on the Moab Mountains must be FIERCE.

We were all hungry, so we stopped in Al Shabaq to go adventuring. We had delicious falafel and shwarma. Our daughter was a celebrity…again…with the shop owners asking to pose with her in pictures. We finally made it to Petra after dark and went straight to bed so that we could rise early to beat the crowds. Our efforts were well-rewarded as you shall see in a later post, which at my posting rate, should happen sometime in October. Haha.

7 thoughts on “Bethany Beyond the Jordan to Petra”