Thanks to Kelly for hosting the weekly link-up. 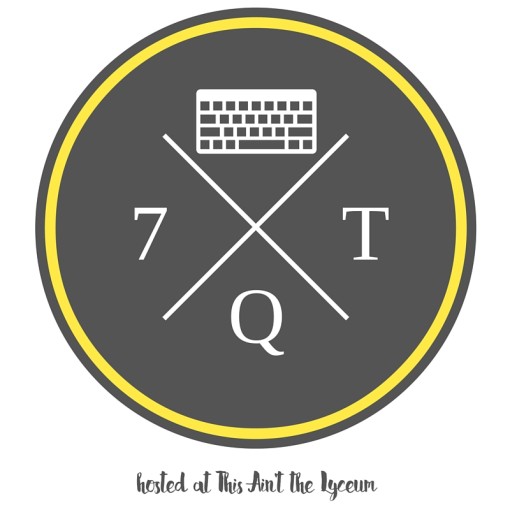 So as I stated last week, we have been staycationing this week. I made a commitment of not checking my work email until after 2pm and I almost made it. Good job, me!

1. As for the rest of the staycation…we did pick apples, but we didn’t get them blessed. I found some almost withered plums in the back of the fridge and took them in for the blessing because I will not be defeated. Isn’t there a story somewhere about offering lesser fruit?

2. We also made apple butter. I used my Instant Pot to pressure and the slow cook the apples and it was wonderful. I have major heart eyes for the Instant Pot. I originally bought an extra inner pot and then told myself that I didn’t need it. Well, fellas, I needed it. I had the Instant Pot going at the same time as the extra inner pot on the stove. Can you believe it? I just put that bad boy on a diffuser and was able to have two full 8qt pots going at the same time. I may become one of those crazies with two, TWO, Instant Pots. Time will tell.

Picking apples. Such a cutie! 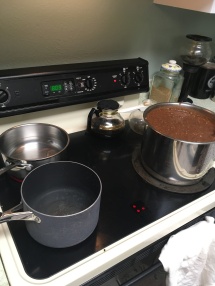 See?! The inner pot goes ON the stove! 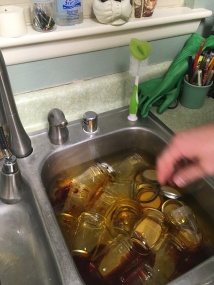 This is how we sterilize the jars early in the evening.

3. We also finished the school projects. And by we, I mean me. Look guys, I don’t think that these projects really teach anything. I think they are parent torture activities and I hate them. That said, look how good I did! I are smart and crafty. 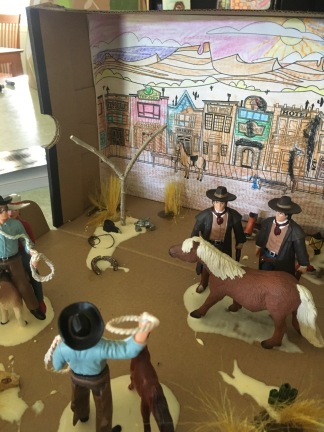 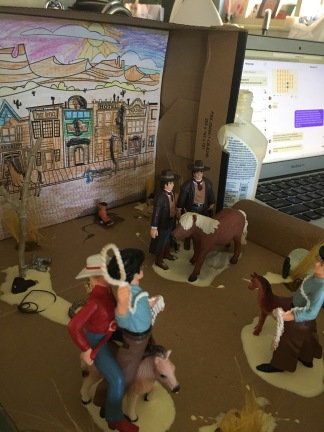 My cousins and husband made Broke Back jokes about the pair on the horse. People! Clearly this is a loving rescue of a baby horse by a brave brother-sister team.

4. We celebrated Taco Tuesday with taco donuts from this really awesome local donut shop. Rebel Donuts for the win. And they have fantastic gluten free donuts for moi!

5. We’ve been swimming and rock climbing. We also tried out parkour and had a lot of fun. Disclaimer: I am really as good as the video because I are also much athleticism.

6. We had the orientation mass at the kids’ school, so I naturally did not take a first day of school picture. I DID get all the school supplies delivered. Whew!

7. I also got my cabinets reloaded with all of our junk. I paid a guy to paint our 70s style dark wood cabinets and I am so happy with the result. He painted the insides and put on new hardware. I’ll post an after picture so that you won’t have the befores for comparison. I really rock this blogging gig. 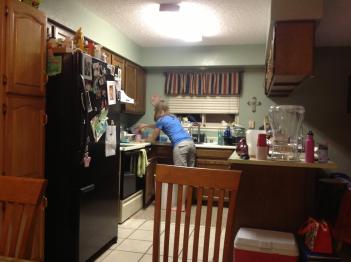 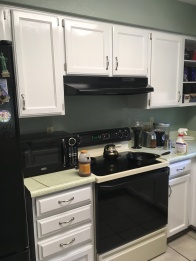 School is back in session on Monday and staycation ends as well. Likely this also means that my spurt of blogging activity will also end, but who knows. After all….